We had a dream … a place to live and to work as artists, a land and a house with enough space to welcome guests and to gather with people for creative activities, for exchanging ideas, for building intercultural bridges and many more plans … or just simply to relax and to enjoy being.


For many years we were searching in South-France, in Italy, in Sizily, until we understood, that we can‘t afford our vision in Europe at all.
We continued our search in Alexander‘s homeland Kerala in South-India, where we finally found on 4. September 2004 a big land in Chettikad near Alappuzha, and the untouched beautiful nature made us say without any hesitating: Yes, that it is! 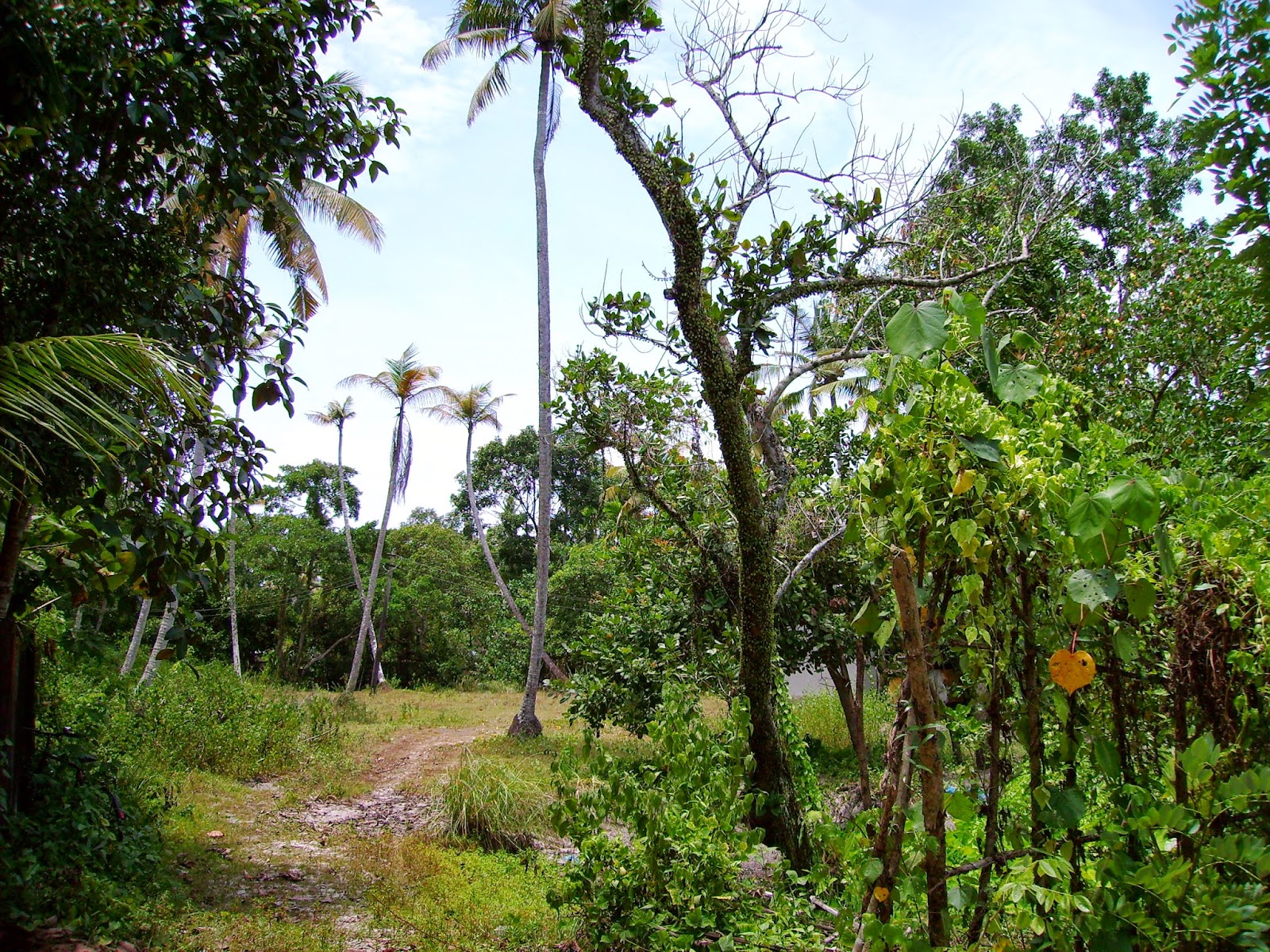 After returning to Germany we came back in 2005.
While contemplating at the land I received my first inspirations for the design and the position of the house, which then I started drawing on millimeter paper, a long process … 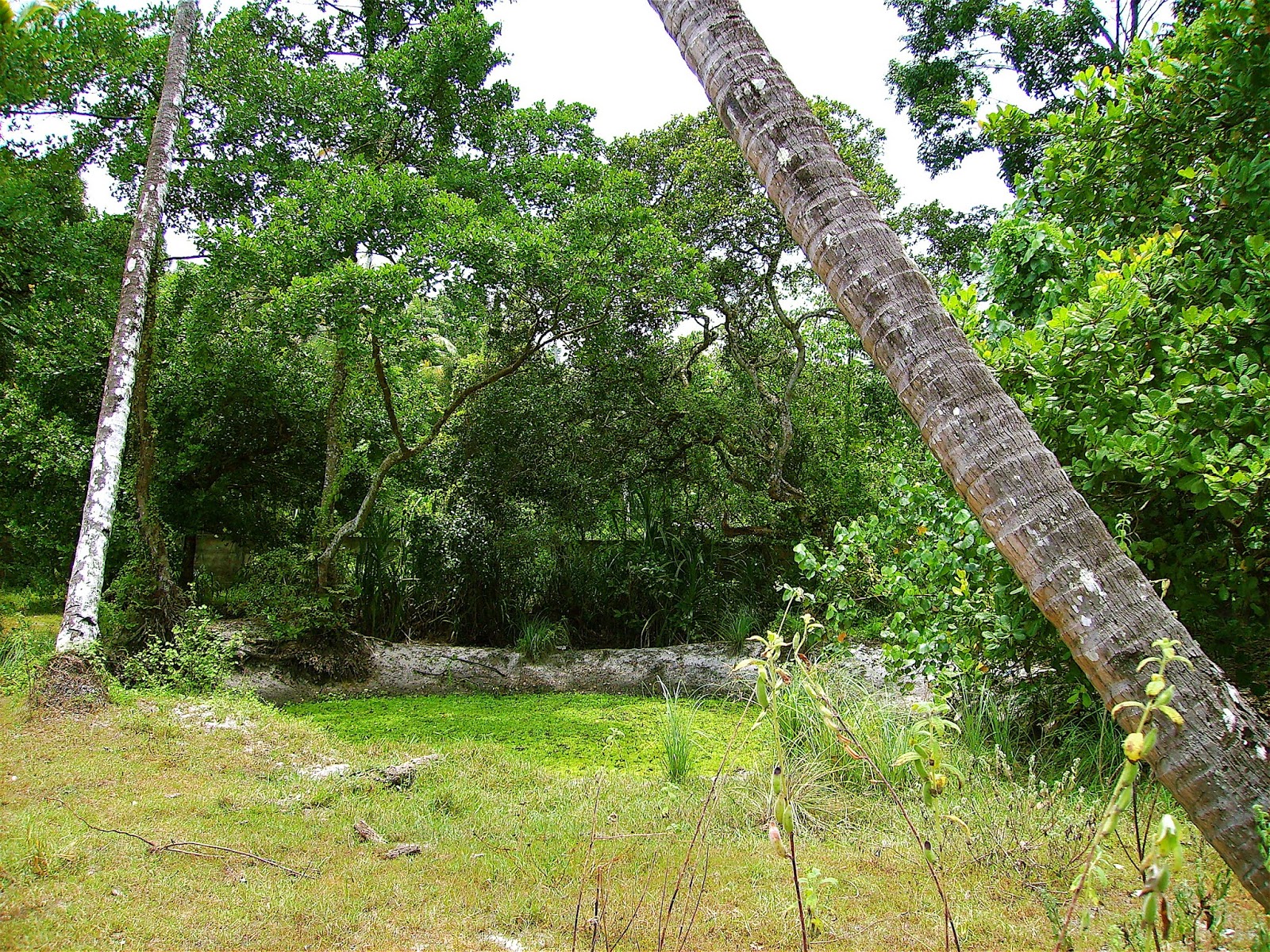 We built a 20 sqm hut – the later massage room – in which all the second hand windows and doors from old traditional demolished houses, we collected during the past years, had to be stored.
Again we had to return to Germany and came back in 2006.
A Vasthu-architect measured the land for the foundation and told the exact place for the first stone laying, which took place on 28. August 2006 at 11.45 am. This auspices date and time was found out by our astrologer. 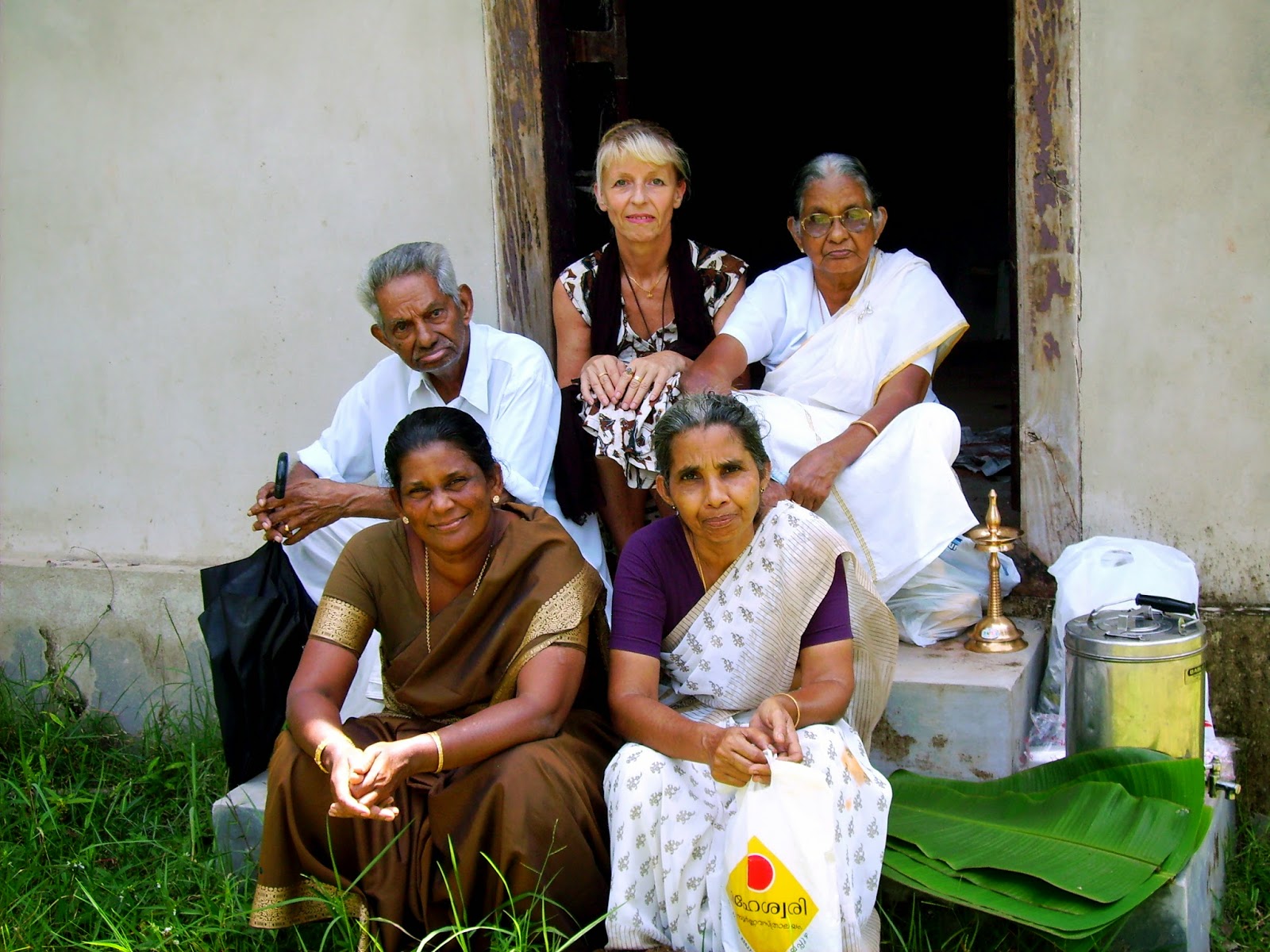 Some family members, among them Alexander‘s parents, and few friends had come. 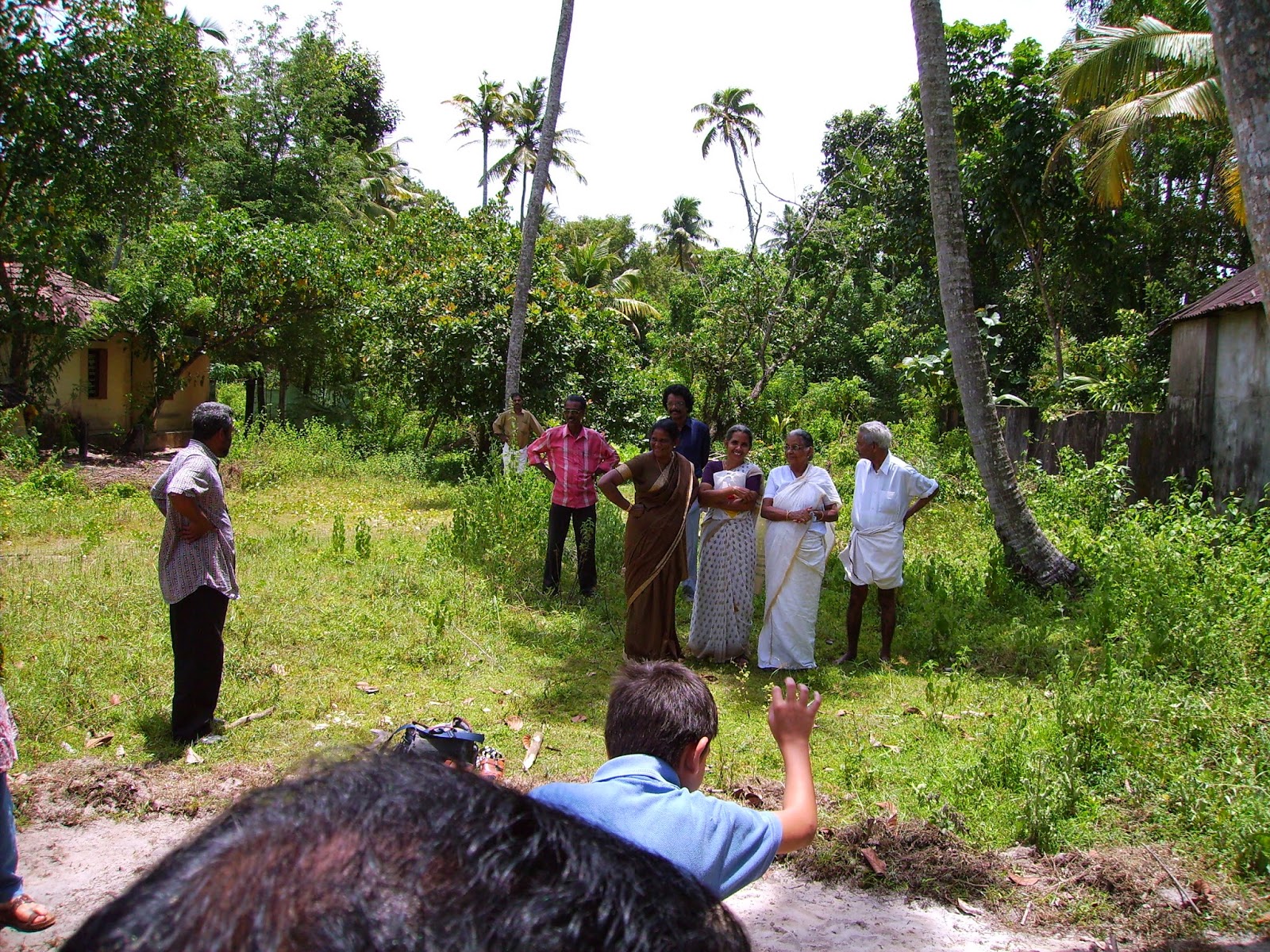 The Vashtu-Masters prepared a small ceremony … 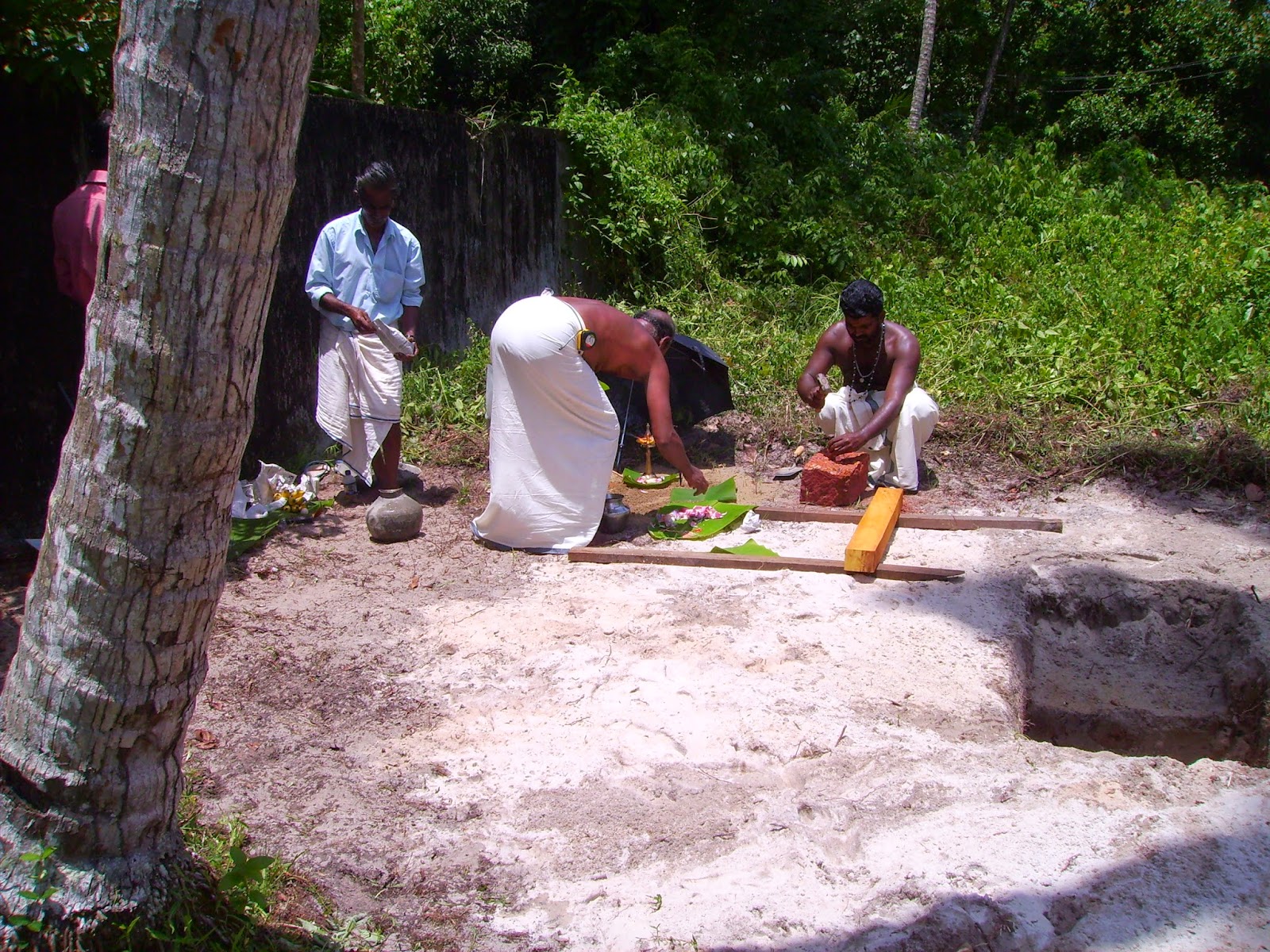 During the traditional cutting of the first wooden piece by an old Vashtu-Master the splinter fell in a very good way to the ground, which was interpreted as an optimal Omen! 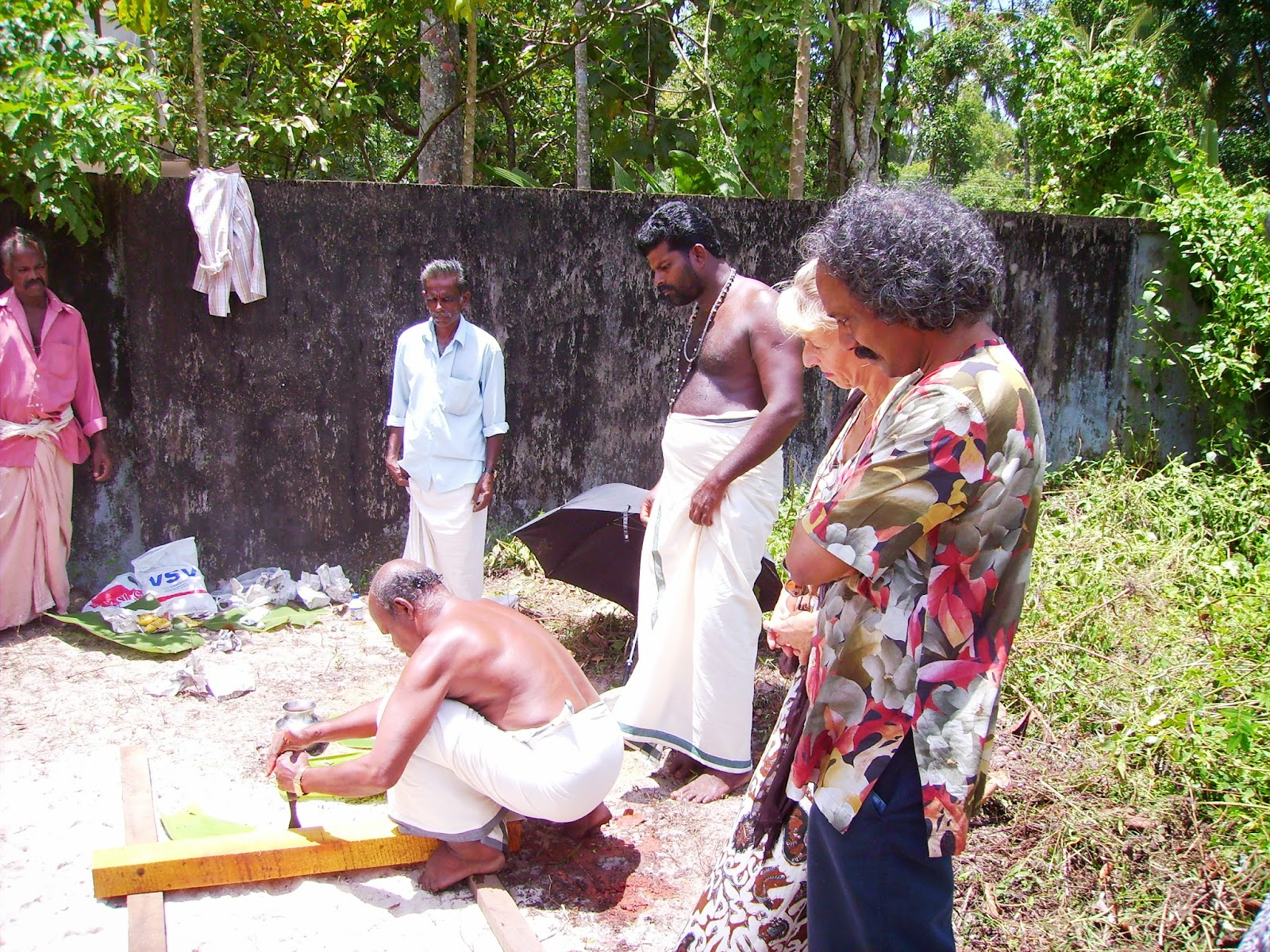 Then came the main part: to lay the first stone. It is custom to add something precious, which in Kerala means Gold.
We had no gold, but in my travel bag was a moon stone, which I bought once in Sri Lanka in 1980 with the idea to make a ring with it. I never did, instead carried this little moonstone in my luggage around the world for nearly 3 decades during my travelings. 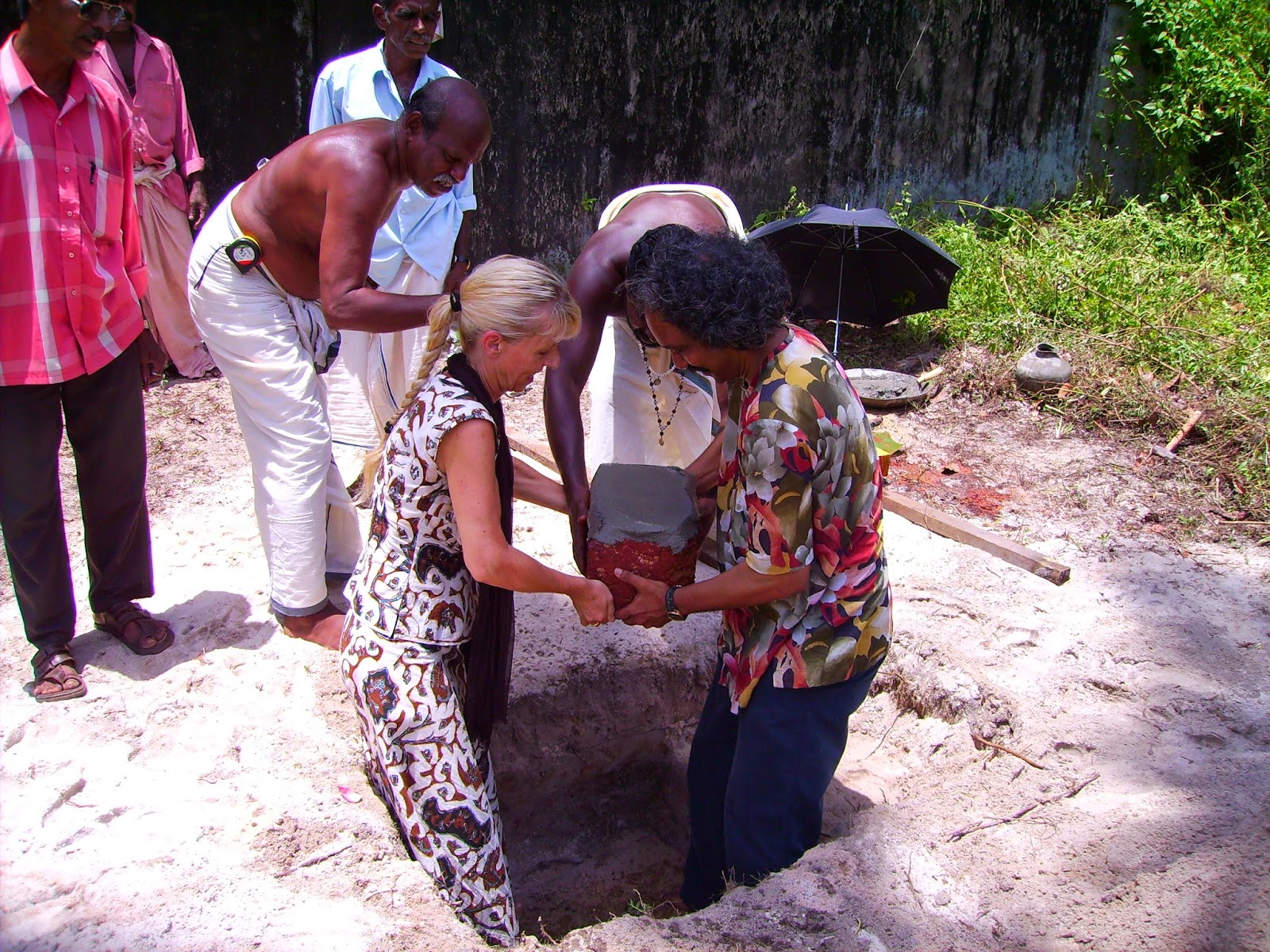 I felt, this was the perfect gift for the first stone – this vagabond moonstone would get its home finally. 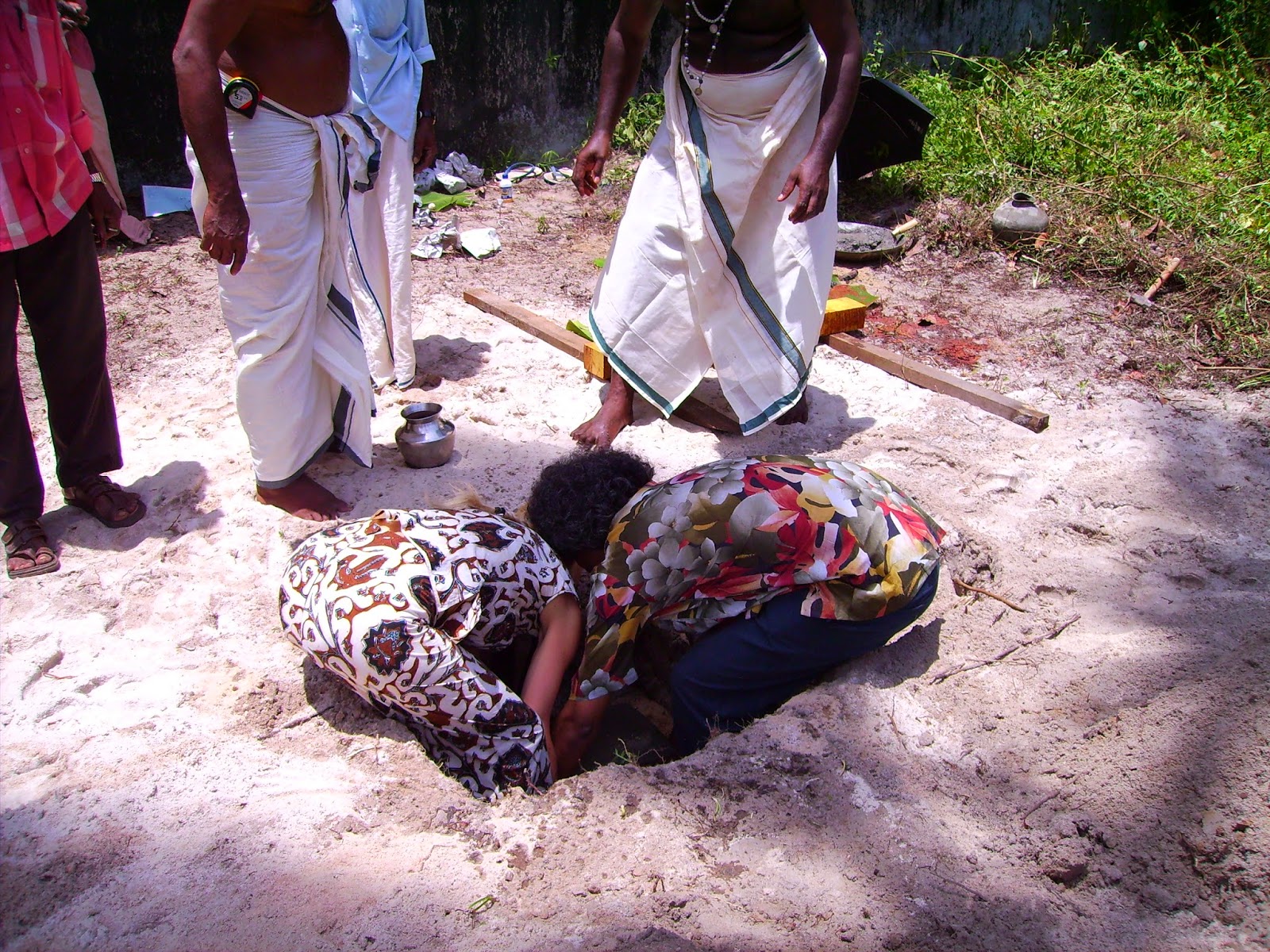 I myself plastered it on the brick stone, then together with Alexander we put it at its place in the hole, which was dig before. 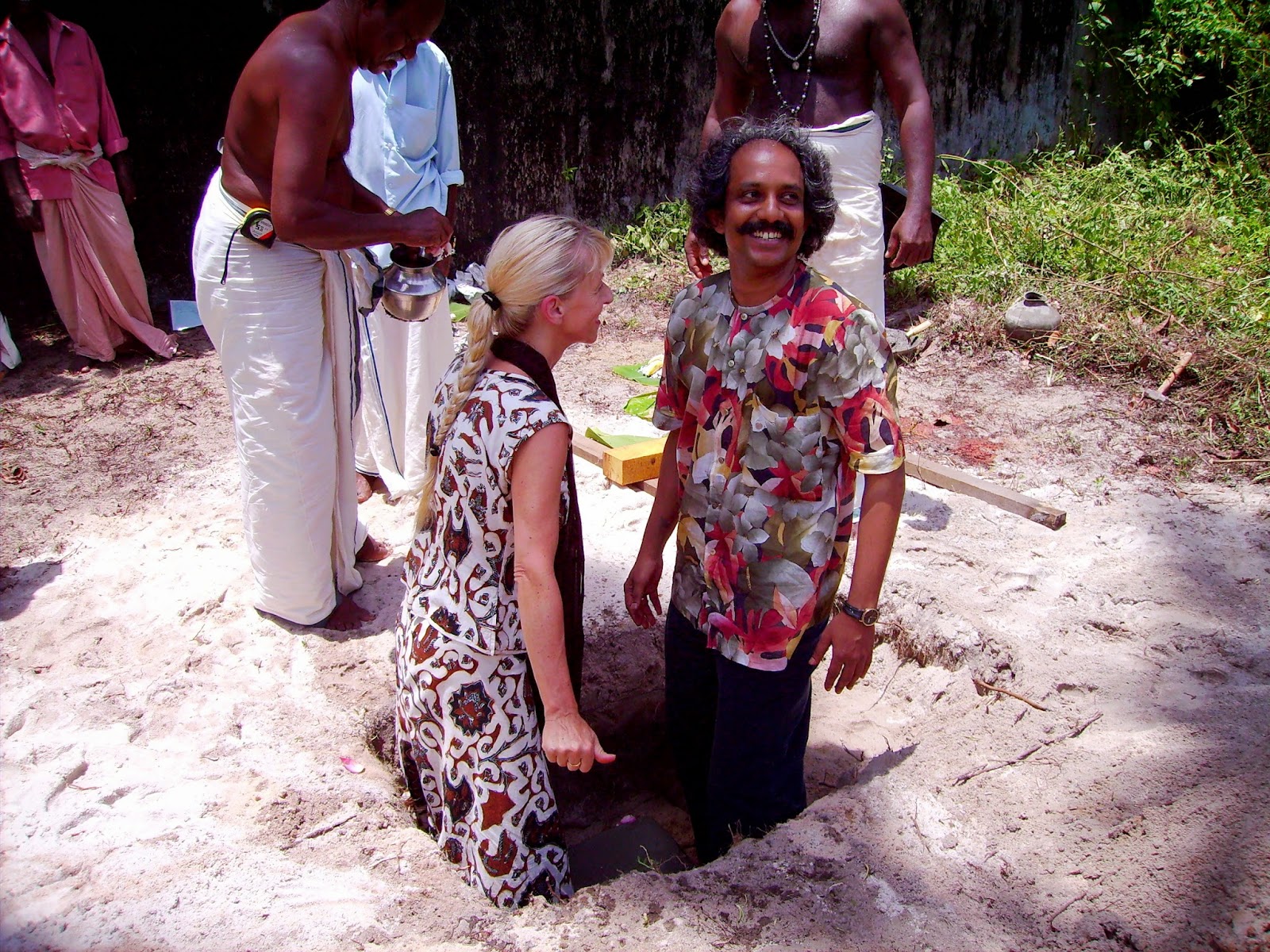 After this was done we showed respect to the Vashtu-Masters by presenting them a certain amount of money, wrapped in a Mundu. 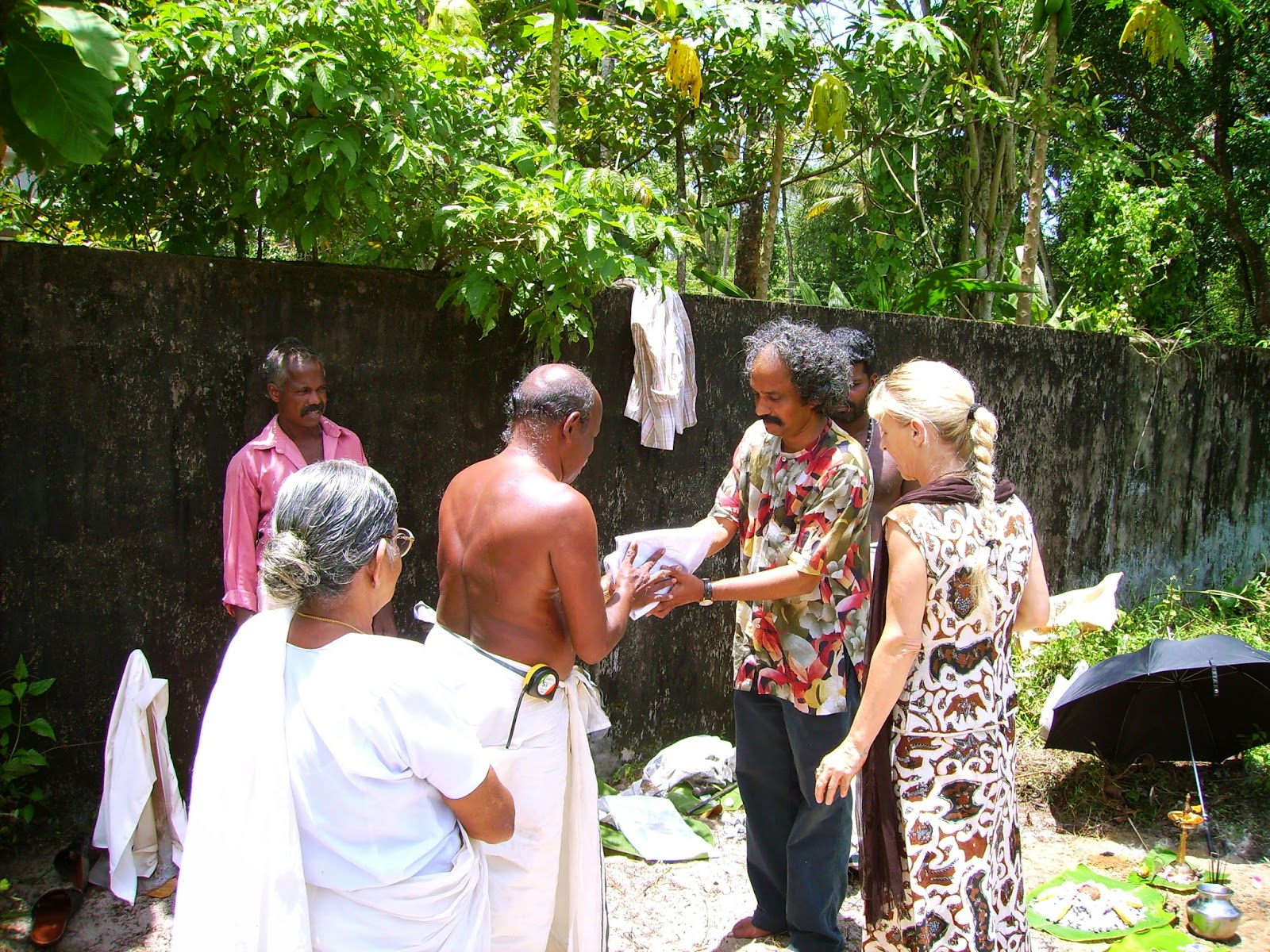 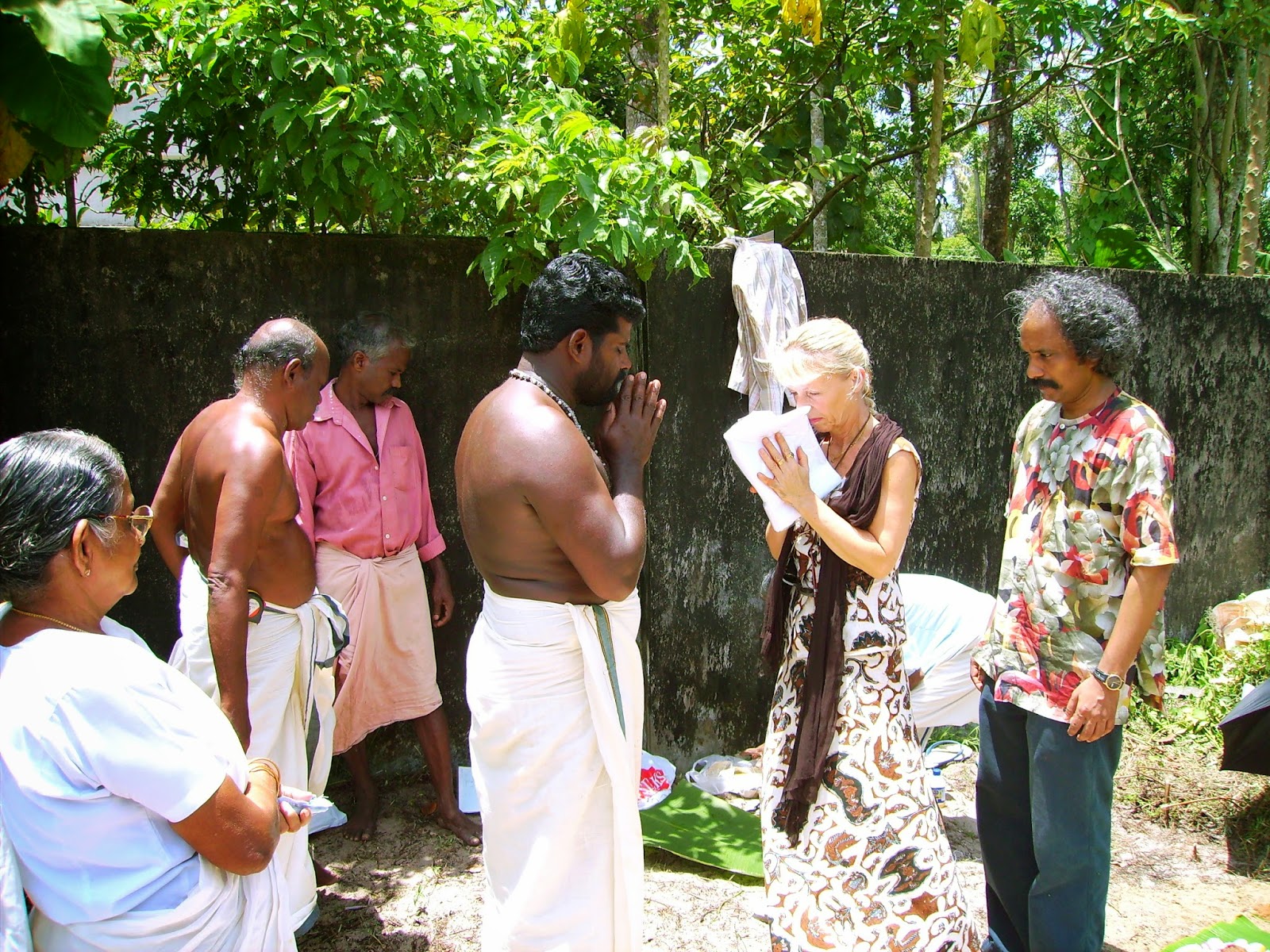 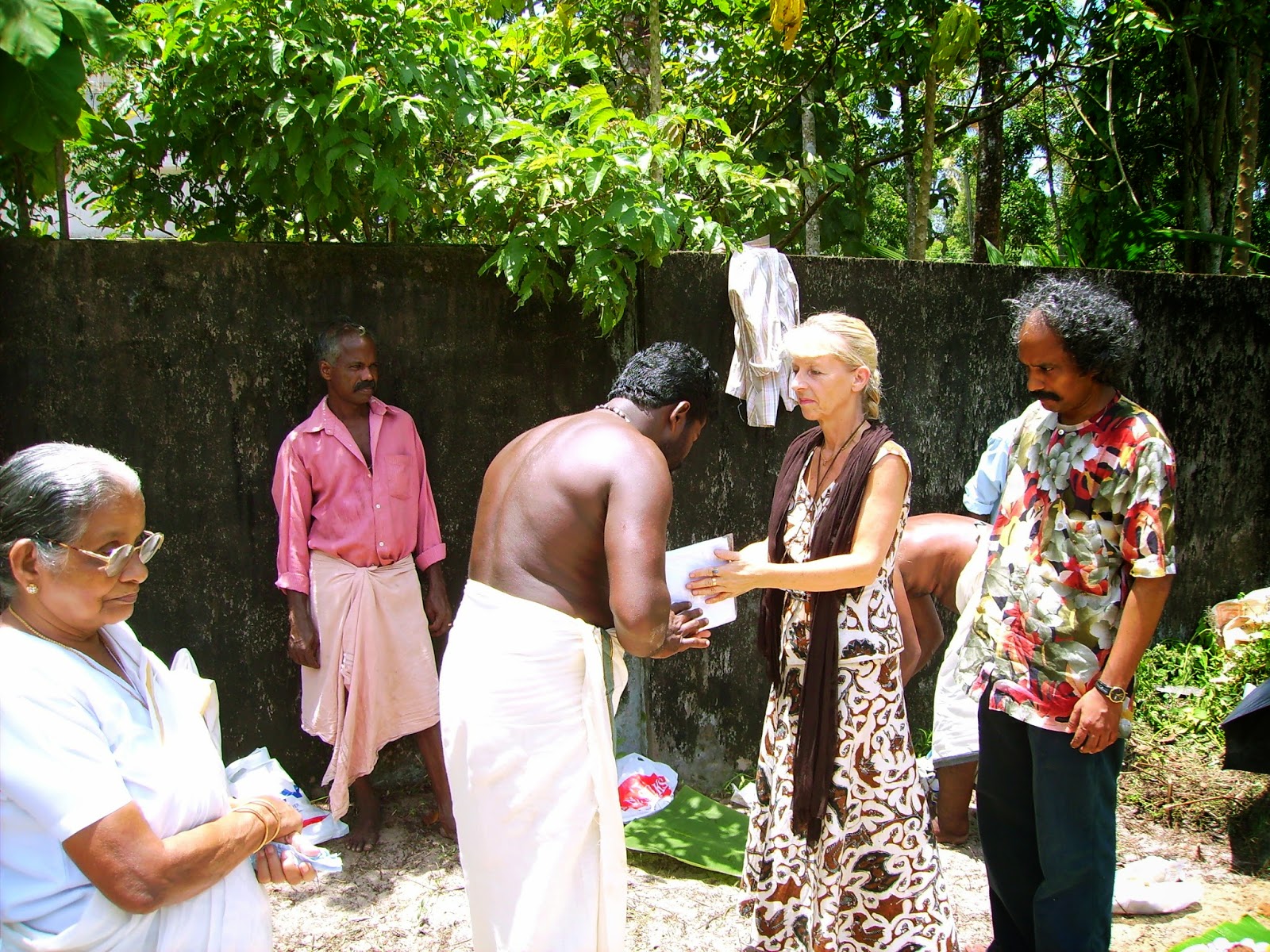 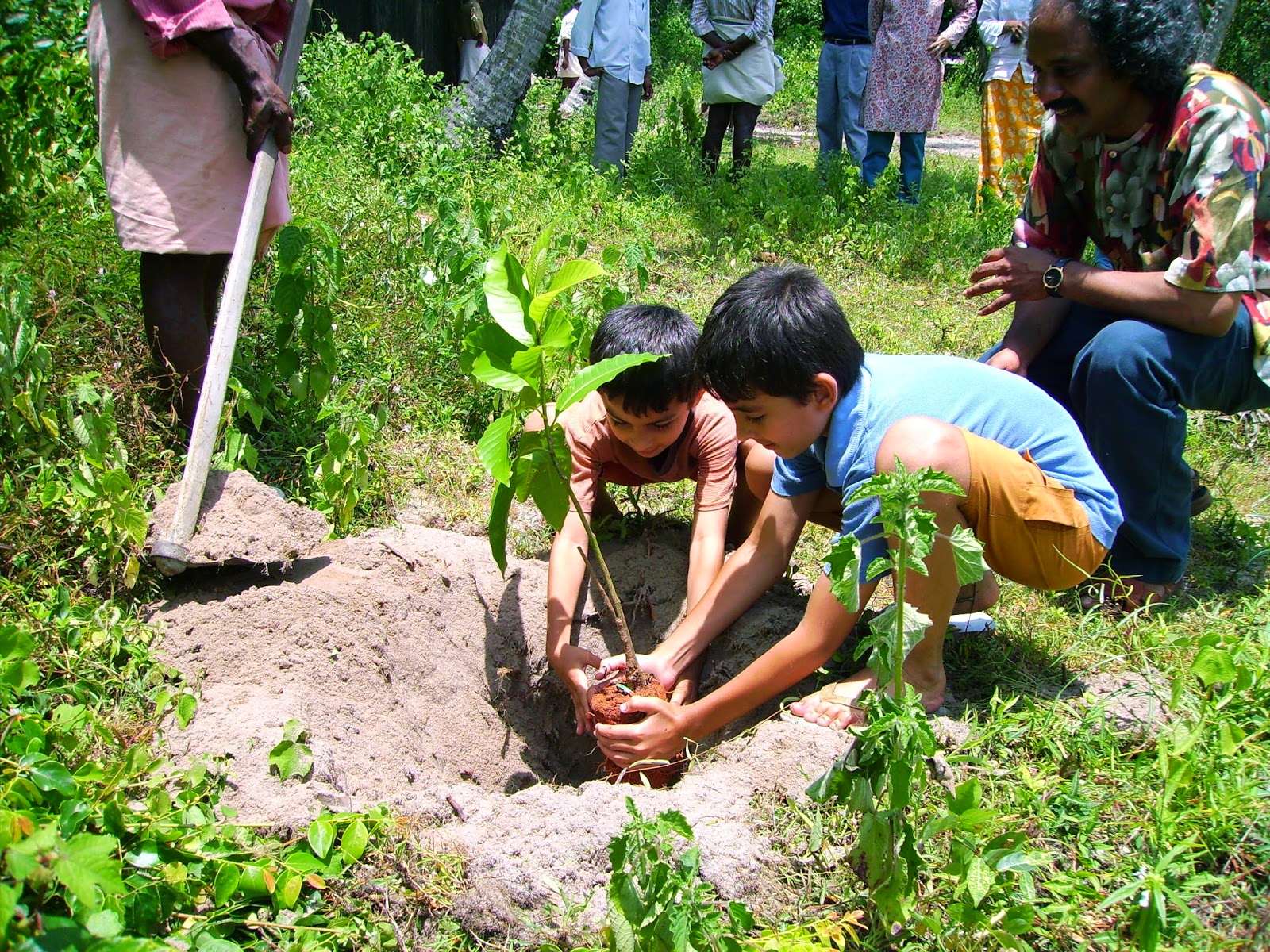 … and 1 coconut palm behind the house were planted. 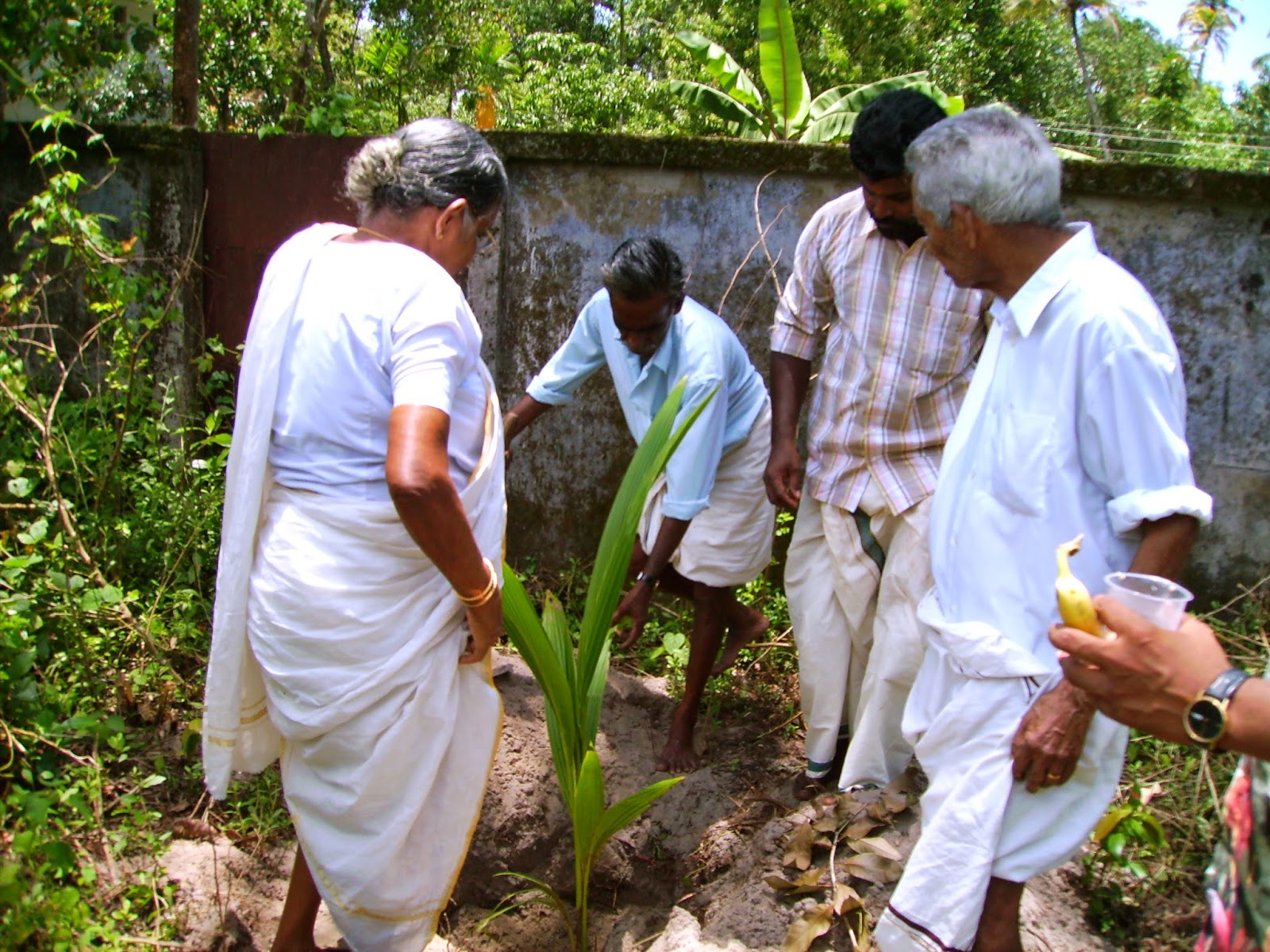 Then we went home altogether, where a fine fish curry was prepared … 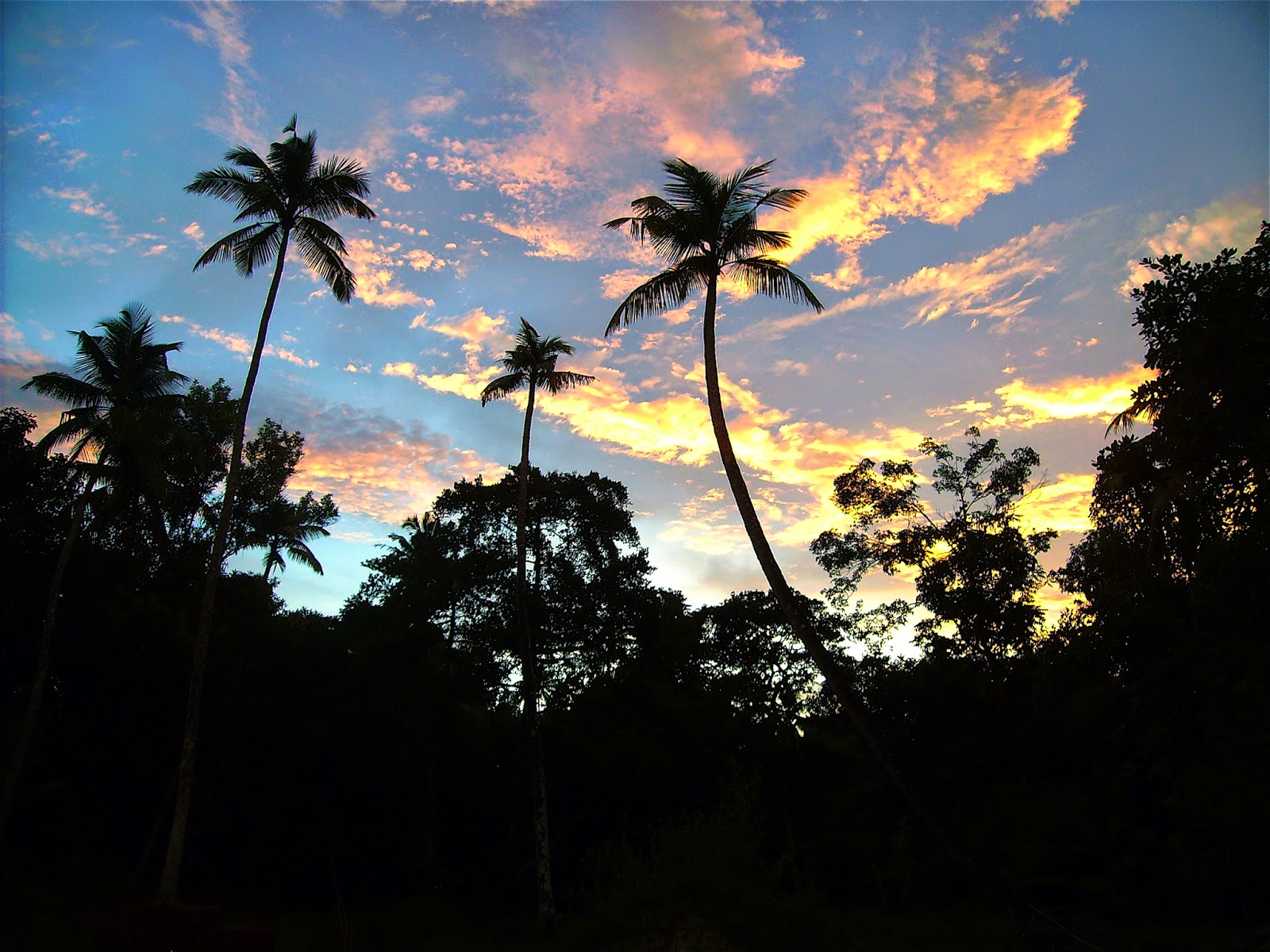 Posted by Sylviander House at 04:37