Biota_07 – What is a miniature elephant doing in a papaya flower?! 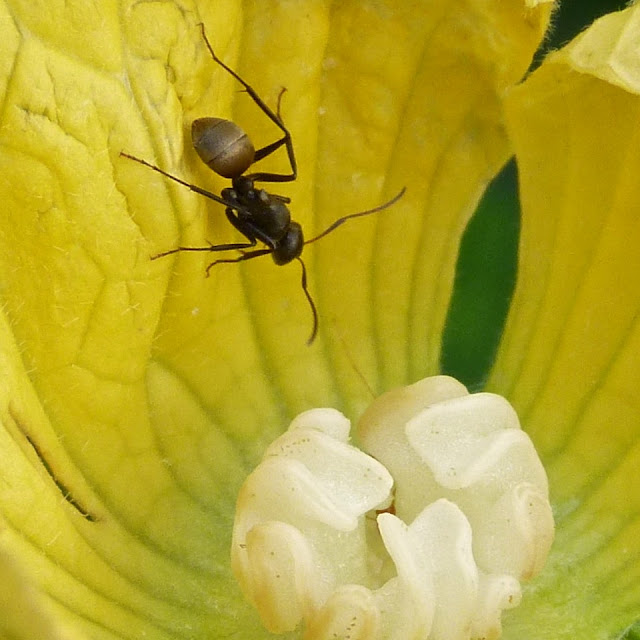 In contrast to the ‘big‘ world which experiences increasing global troubles during these present times, life in the microcosm doesn‘t seem to be effected at all, instead going on peacefully and balanced as usual … 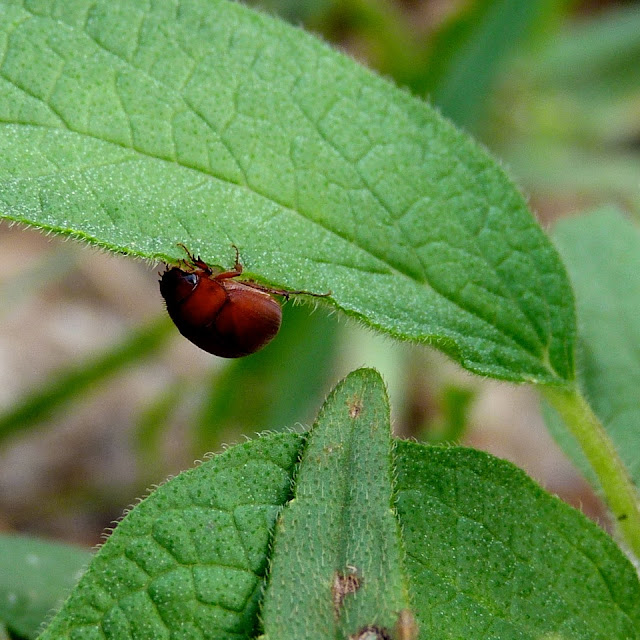 … creatures and their activities in front of my eyes, but nearly unseen because of their tininess. 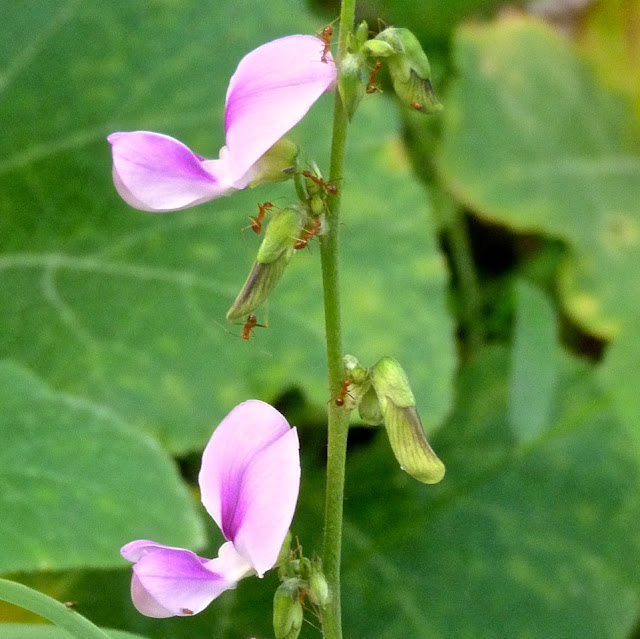 Some bugs I haven‘t seen while taking the picture, I discovered it only later by enlarging the photograph in the computer … 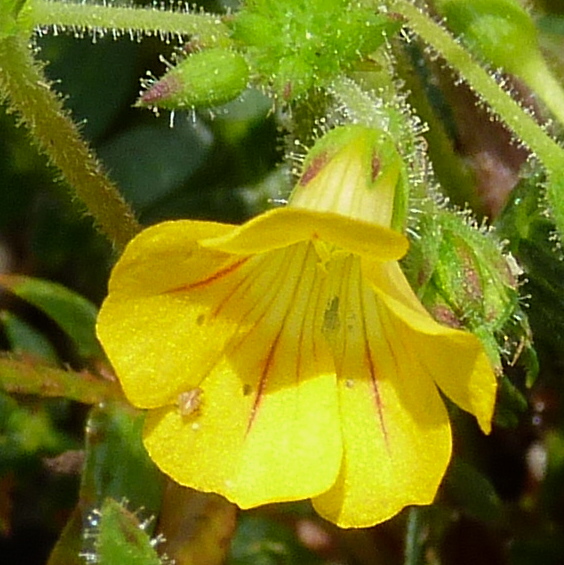 … can you see this tiny creature? The flower of a weed has the size of one centimeter! I‘ve taken the picture due to the beauty of this yellow bloom.
It happened many times to me, that only afterwards I could recognize a tiny life  on the enlarged picture – what a surprise! 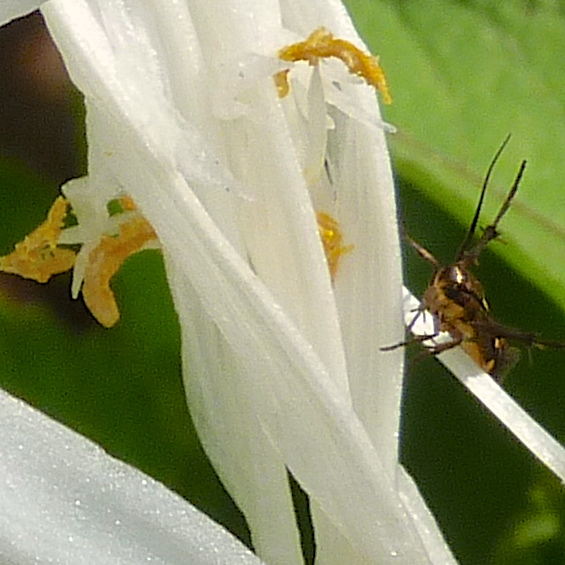 This is a small part of the white flower of another weed, and among wild plants it is quite big, around 5 centimeters.
Even this brownish guy looks big, I discovered him too only later after enlarging details of the picture. 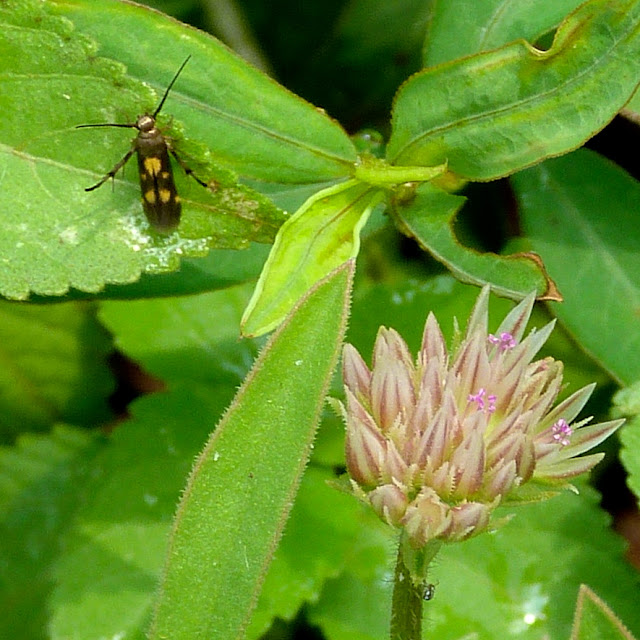 This is a miniature biotope of weed, on which normally we step on. Our eyes one or two meters away can see only green wilderness. Modern mind ot taste wants to get rid of it – and if nothing helps – even with poison.
This picture took me really some time to explore all details until I found this little flower with 2 small creatures, one so tiny, that human eyes can‘t see it. 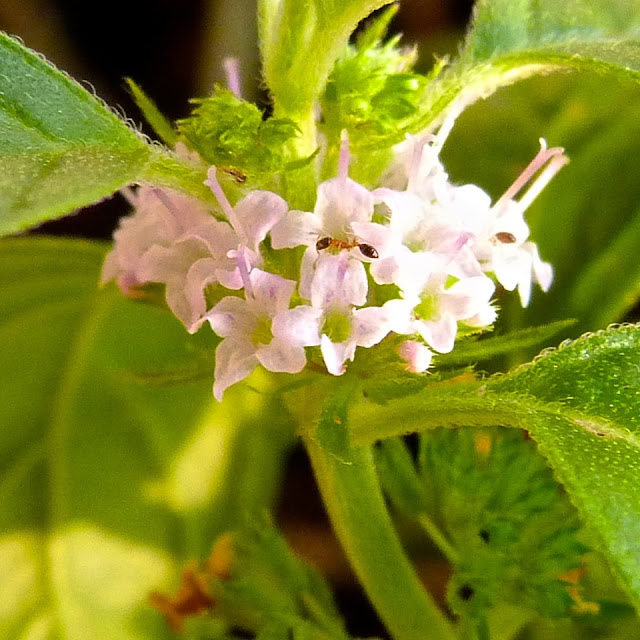 Some flowers are sort of weeds, having a size of few millimeters only, others like flowers of herbals, chili and capsicum are also really tiny … 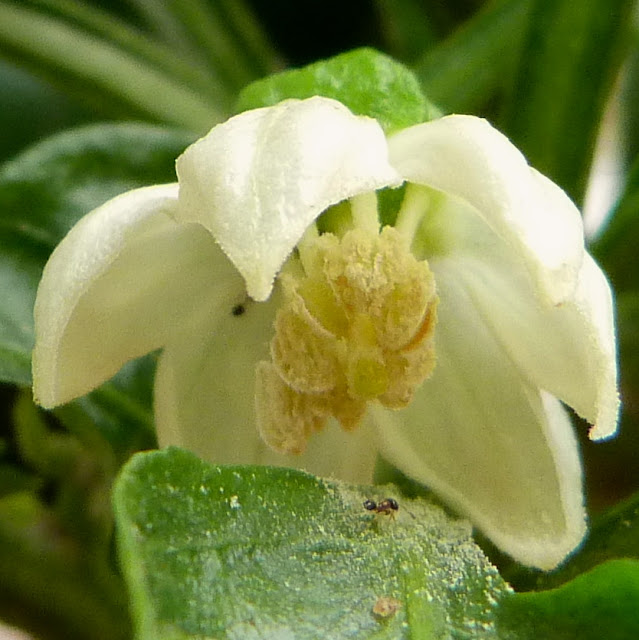 How many bugs and beetles are existing so small, hardly to recognize despite enlarging?
How might this ant feel under the huge dome of a capsicum flower …? 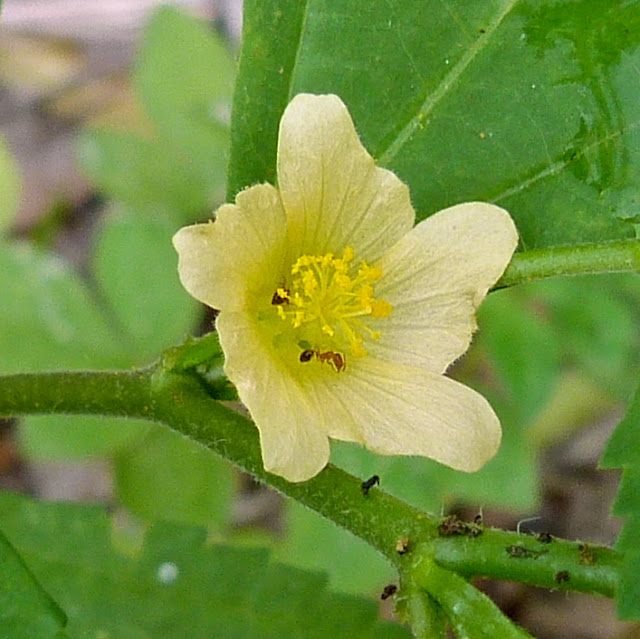 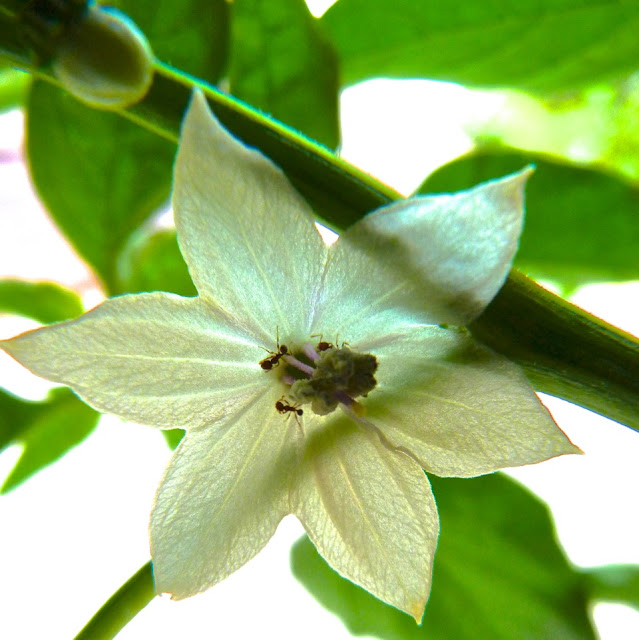 I imagine, how it goes on endlessly in both directions, into microcosm and up to macrocosm … and we humans between with our eyes limited to see … 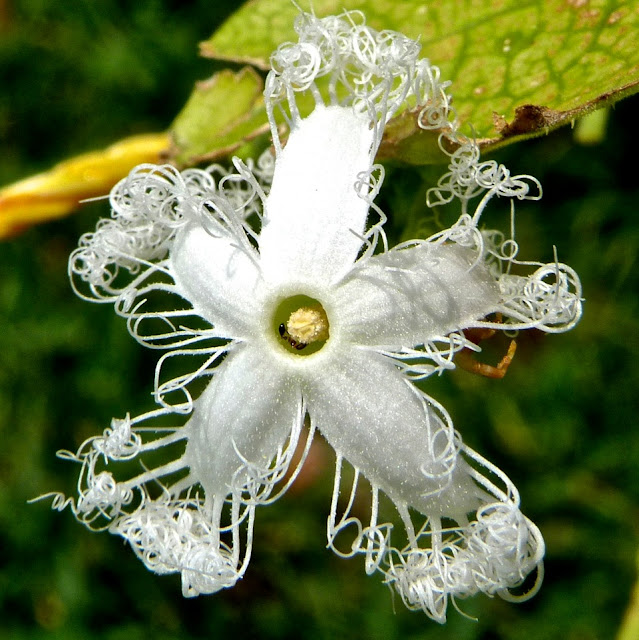 Do you know which flower is this? … Papaya!
And this tiny creature on one of the petals must be an miniature elephant of one millimeter size! 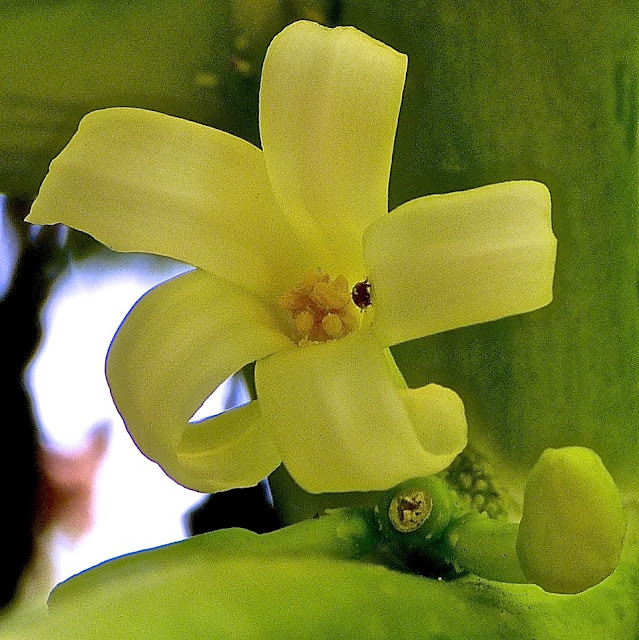 Doesn‘t look the one of these two ants really angry?
Is this appearance pure anatomy or the result of a certain feeling or just protection by looking very angry …? 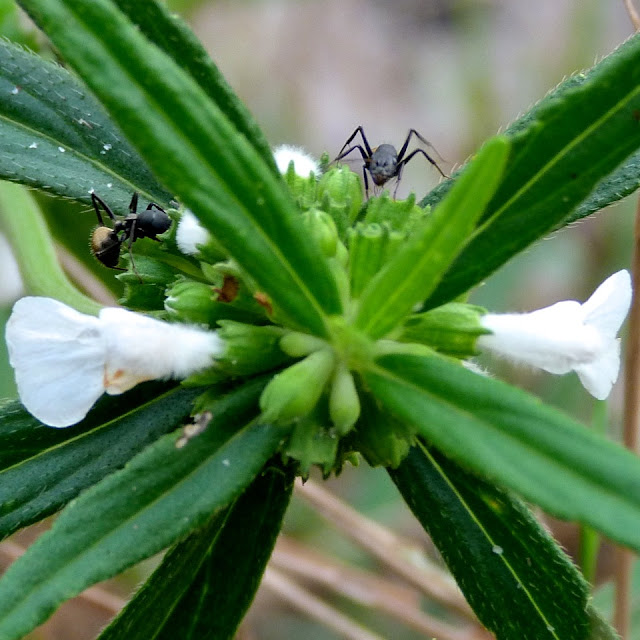 Watching these beetles sharing fairly the 3 petals of a pumpkin flower, shifts me into a pondering silence: why can‘t do so continents and nations? Everybody just care their parts – not others …! 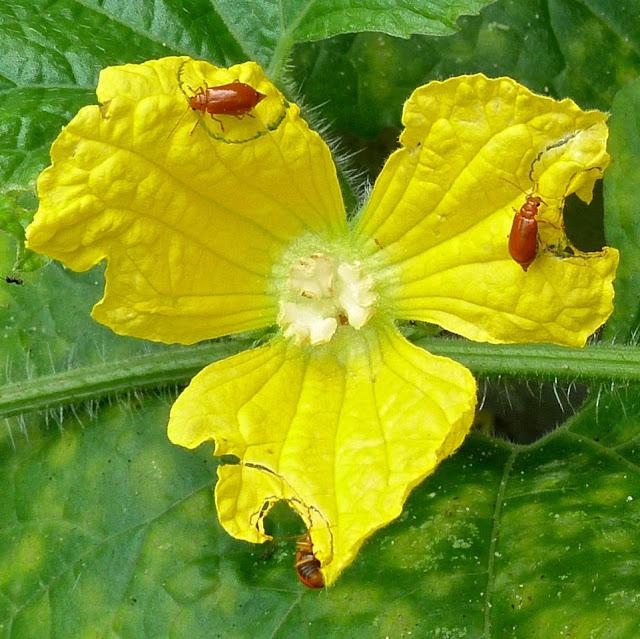 Until then, I‘m watching the macrocosm‘s diversity – curiously, thankfully amazed – by exercising useful gymnastics – to bow and bend down, to grawl on the ground, to wrench arms and legs … which keeps my body flexible and elastic :-) just as well my mind.


Such practices help to become young again, until you start wondering and asking like a child: What is a miniature elephant doing in a papaya flower?!
Posted by Sylviander House at 11:09 No comments: