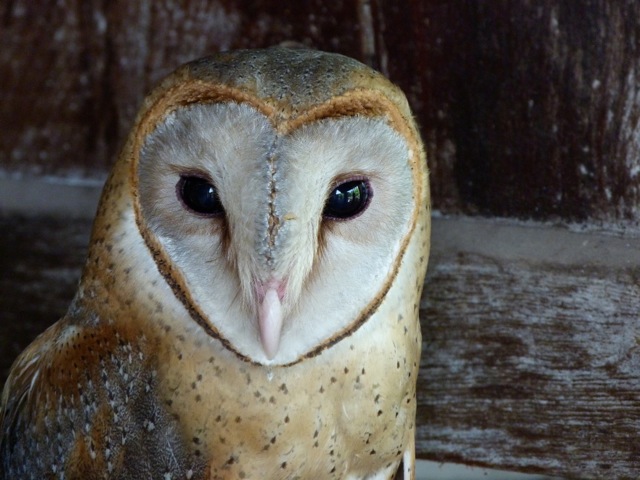 Once in a while an owl appears in the garden of our Sylviander House sitting on a branch for long time or seeks shelter in the house itself. 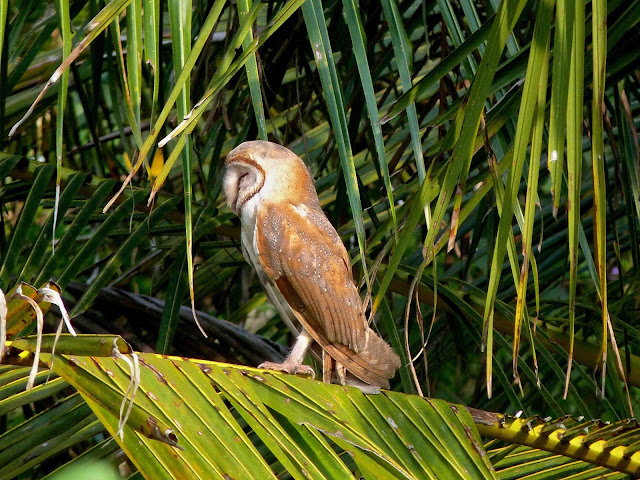 When an owl came to our house, before we know and see it, we realise this fact by the white spots on the verandah floor, the excrements of owls, and the same time an exited folk of crows is sreaming nearby. Crows don‘t like these peaceful owls, they will attack and chase them in big groups with a lot of noise.
Meanwhile we understand these signs and immediately we look up, where we spot then an owl sitting under the roof. 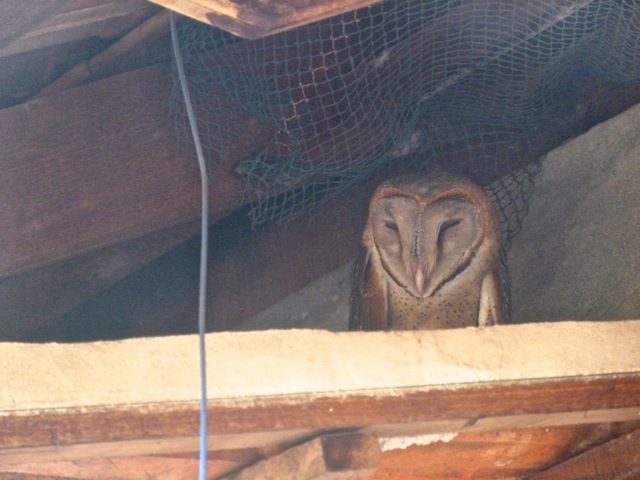 This time a very special experience was waiting for me. The poor owl was hiding under the roof on the west verandah, just next to my writing room. Because of the gathering crows in front of my window, I wasn‘t able to concentrate on my writing, too often interrupted by rushing out to the verandah and chasing the noise makers. 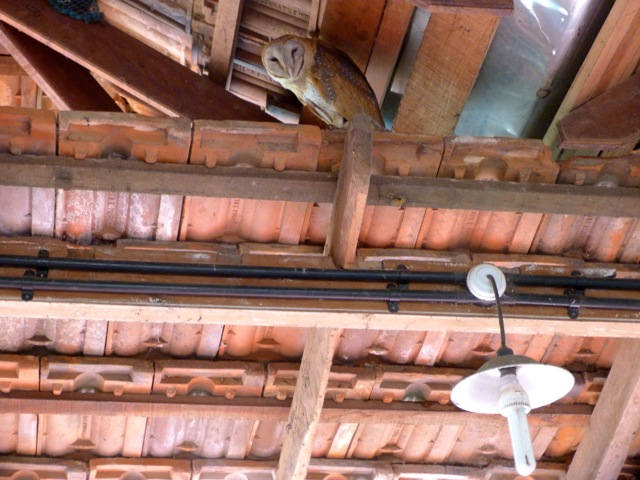 After some time, the owl flew with wide wings elegantly aound the corner finding a new hiding place under the roof of the morning tea verandah on the east side of the house. There again it was sitting for hours. Several times, when the croud of crows became too aggressive, I ran out of my writing room to fear the attackers with my presence, which didn‘t help much. I had to shout at them and threaten with a broom in my hands. Since these crows returned regularly, I was quite busy that day. 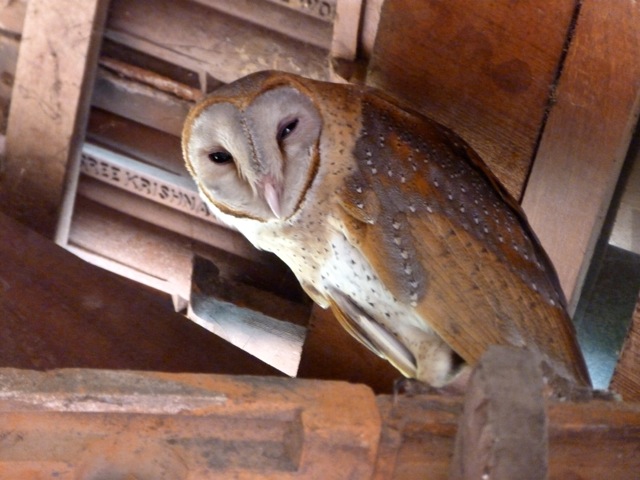 Later on, I suddenly heard the noise from another direction. It came from the east-north verandah in front of our sleeping room. There I saw the owl sitting on the wooden box near the wall in front of the window.
When I came slowly closer, always talking friendly to the owl, it was not shy. It looked at me with its big eyes, sometimes closing them for a second, like our cats do as a trustful friendly gesture. Then surprisingly, this owl performed more. It closed one eye for a second, then opened it, but same time closing the other eye, which it repeated again and again … that looked reallly comical. Our cats are not able for such an eye acrobatic. Indeed, sometimes they close one eye for a moment to say: I love you! But they can‘t do so alternately as the owl. 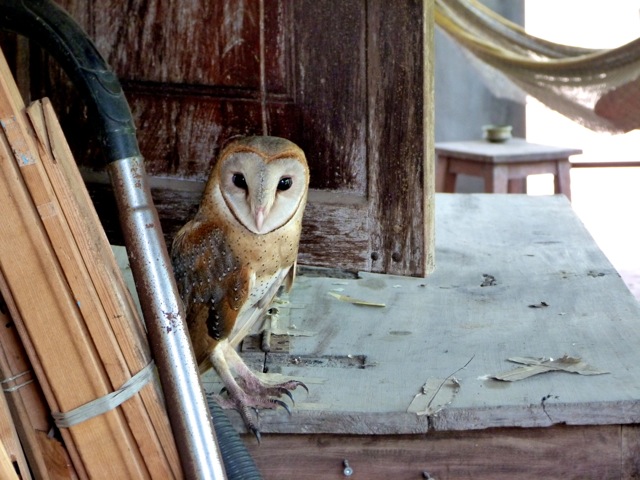 I spent quite some time with this friendly funny owl.
I tried to get back to my writing too, but had to return soon for chasing the mob of crows away. Then I talked to the owl. It looked at me very focussed as it would understand what I say.
Around sunset, the owl flew away and dissapeared between the trees, followed up by a yelling horde of crows. 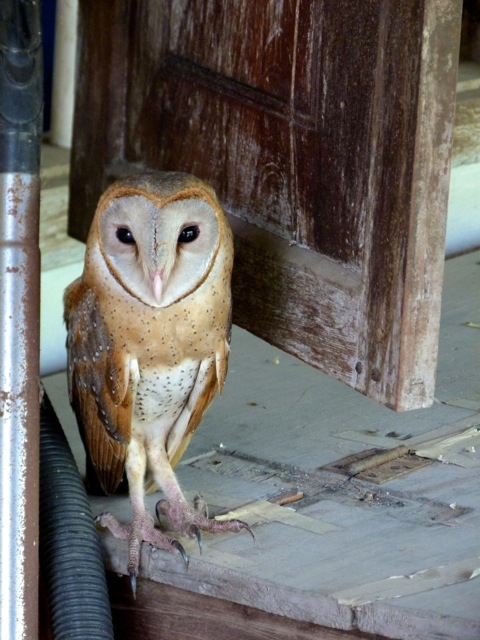 For the next few days this lovely owl would come back to our Sylviander House for finding a hiding place somewhere under the roof during the day …
Posted by Sylviander House at 07:45 No comments: