Nature shows the powerful effect of monsoon delighting our eyes with bursting green all around. Our ancient two Vanadevada – tree Goddess – reveal their new dress. The seeds of this type of Punna Trees beside our pond once provided a lamp oil, which was appreciated by the buddhist monks living here long time back for the golden light … Nowadays, rarely you can see such trees … 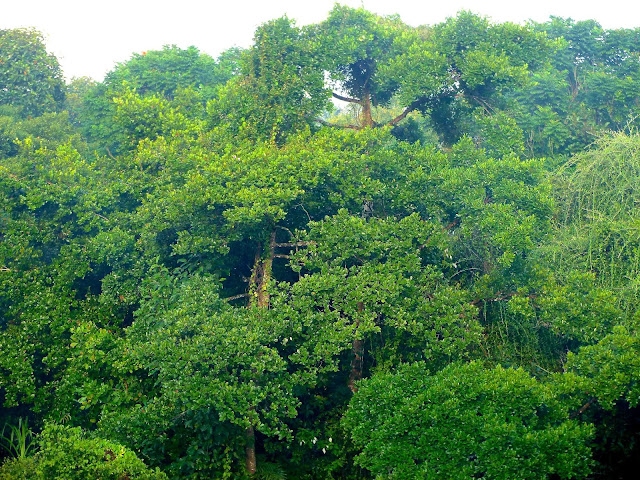 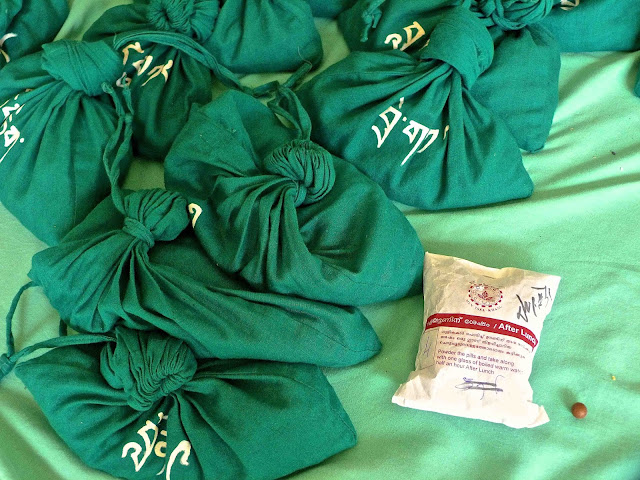 After having a short rest and breakfast, the tibetan team is busy to unpack and arrange the tibetan medicines in the entrance hall and on the west terrace, then the Wellbeing Camp will start with the morning prayer in the room of Dr. Dorjee Rapten Neshar. Patients have arrived already, waiting infront of the Sylviander House sitting on chairs at the east terrace or under the cashew nut trees. 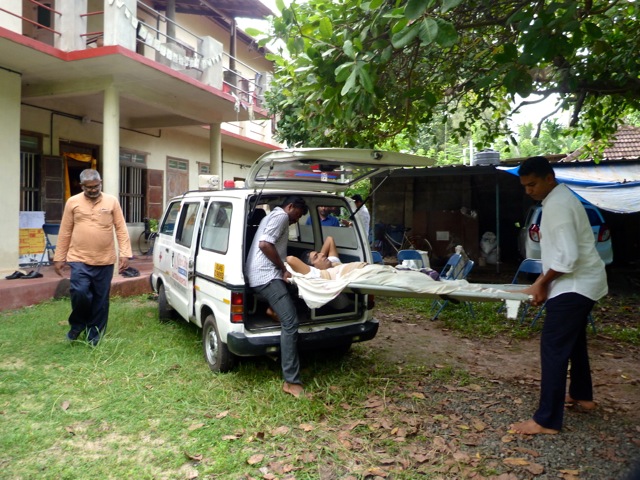 For the first time a friend of Friendsoftibet was able to be transported by ambulance from Cochin. For one year laying he is incapable to walk because of cancer. 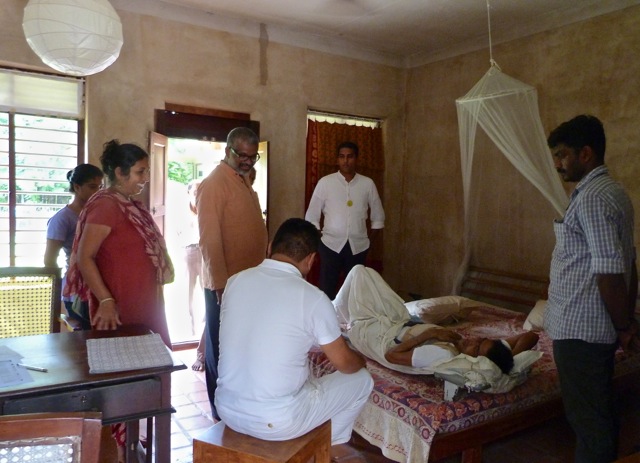 Luckily he decided for holistic treatment and receives tibetan medicine since he fell sick, carefully checked up by Dr. Dorjee. With him today Dr. Tenzin Methok too listens to the pulse … 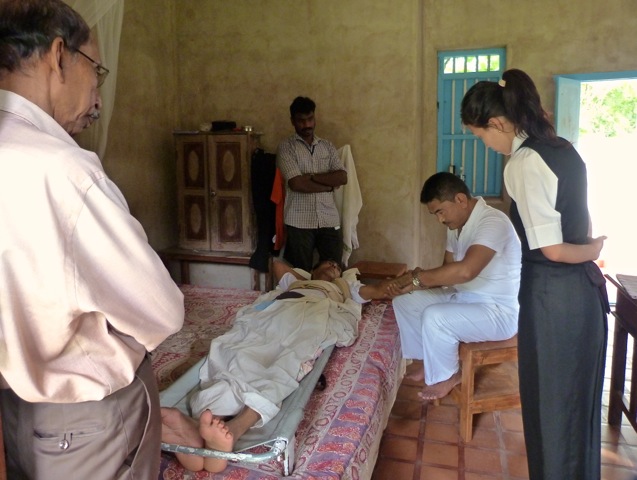 Meanwhile our sick friend is able to move and lift his legs, even to sit for a while. 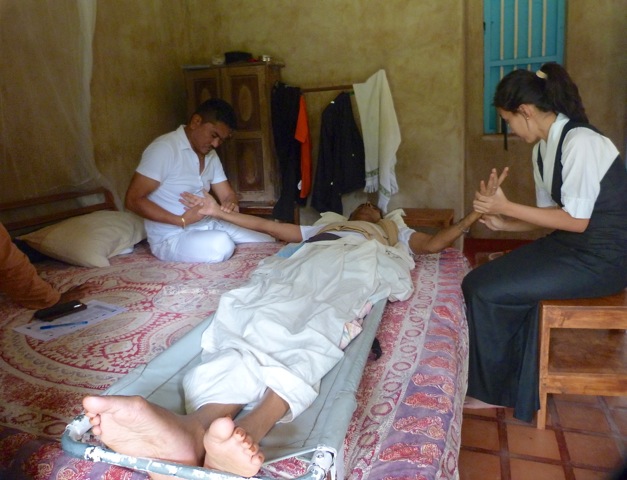 It is touching to see him in such improved condition and to knowing, that academic doctors in the hospitals had given him up, prognosing his death for already six months back.
Thanks to his decision for tibetan medicine he lives, and while saying goodbye Dr. Dorjee tells him, next time in two months he wants to see him walking … 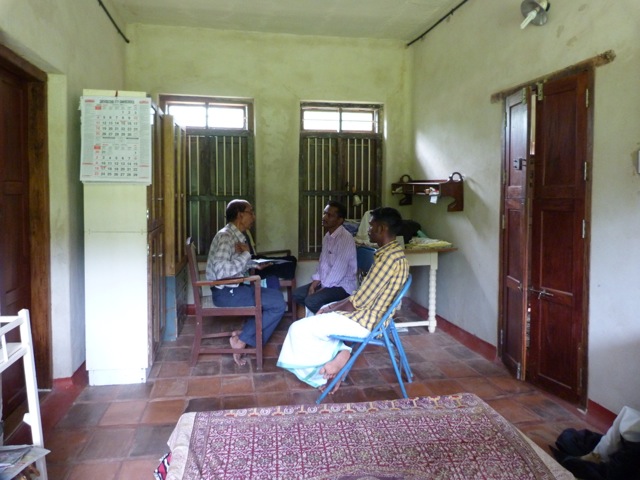 Since Suresh Babu joined the Wellbeing Camp again, he gives introductions into tibetan medicine and healing to interested patients. 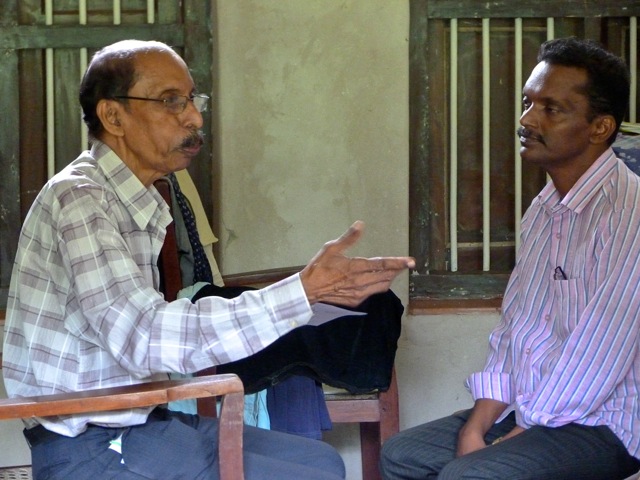 These explanations are very helpful. By getting such informations, the patients slowly start to understand about health and disease and the process of healing. Hence they ask a lot of questions to get to know more about … 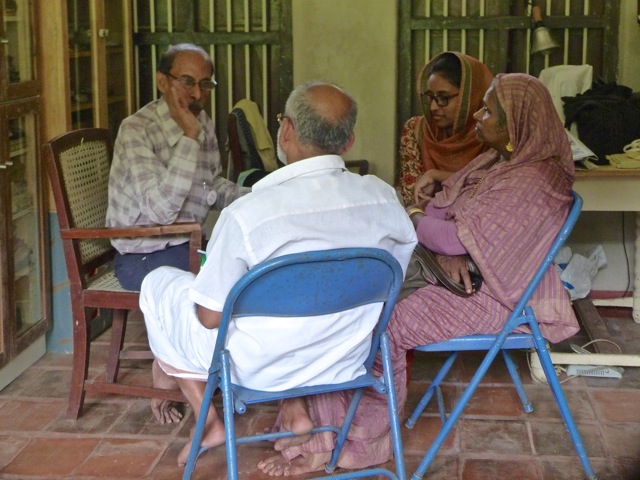 While Suresh Babu is briefing small groups of patients next door, the routine goes on in the entrance hall, where Alexander and Sethu with the help of volunteers assist the patients in filling the form or do translation during consultation for those not speaking english. 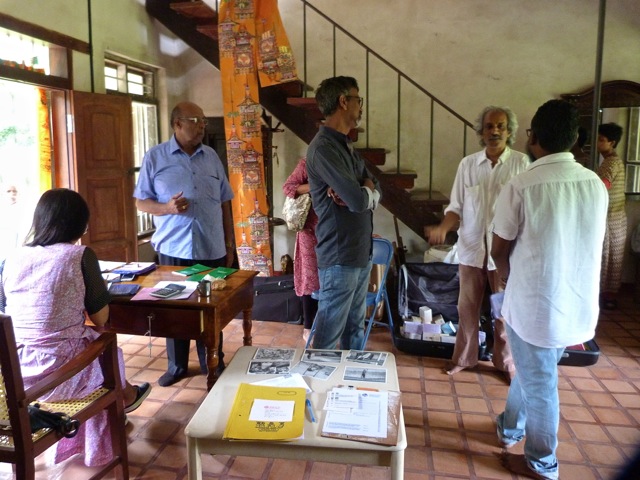 Since many patients come regularly, by now we know them closer and have some conversation … 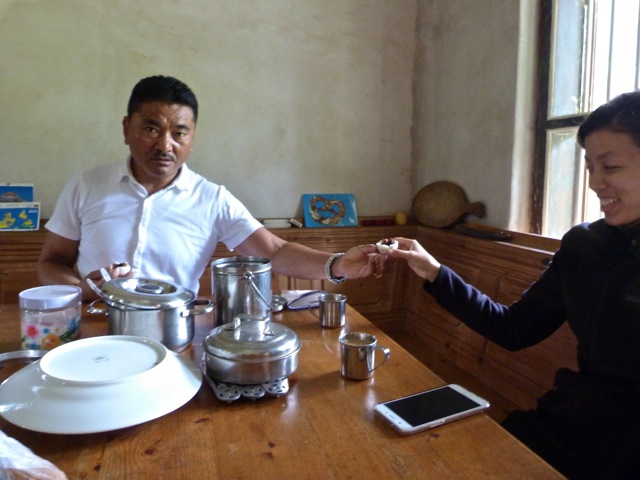 For the morning tea break and for the afternoon tea break, brother in law Varghese surprises us with different kind of selfmade tiffins.

As we have monsoon right now in Kerala, which means also more active mosquitos around, possibly carrying diseases, Dr. Tenzin Methok introduced us to an effectful natural medicine against dengue fever: a brew of boiled papaya leaves! After I had a small cup I got so tired, that I slept for two hours in the afternoon, which is a gift for me having bad sleep sometimes. 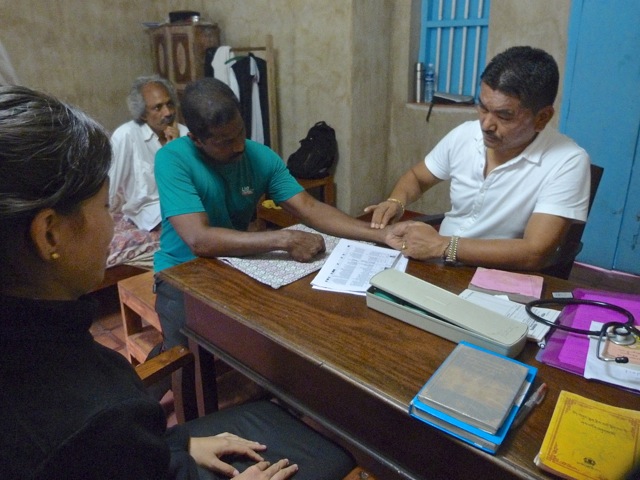 One evening our neighbor Jose, who suffers back pain with irritated nerves for a long time, consults Dr. Dorjee. 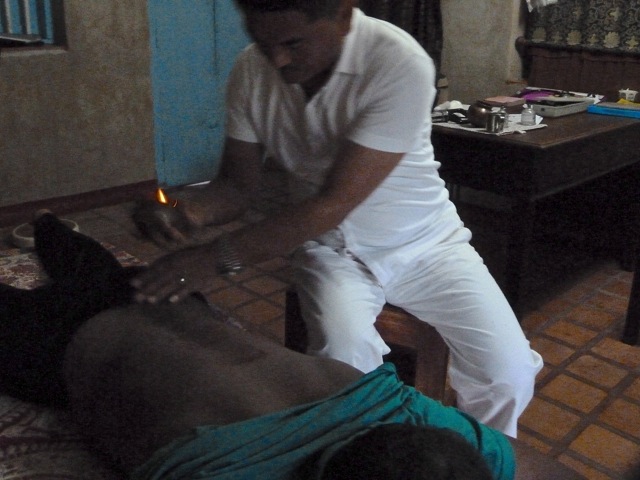 He gets a cup treatment … 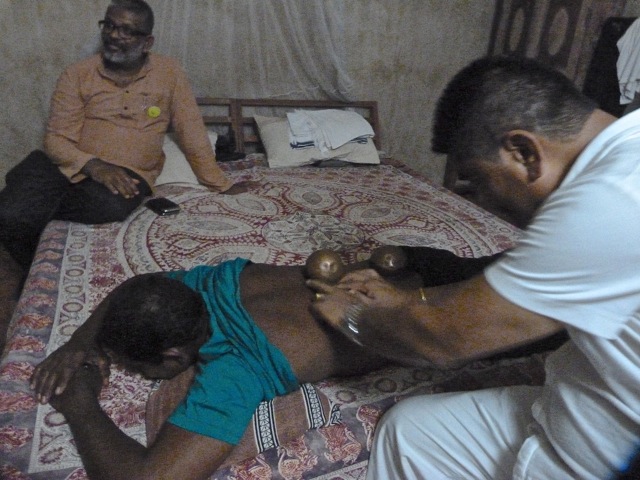 … and an energy healing treatment … 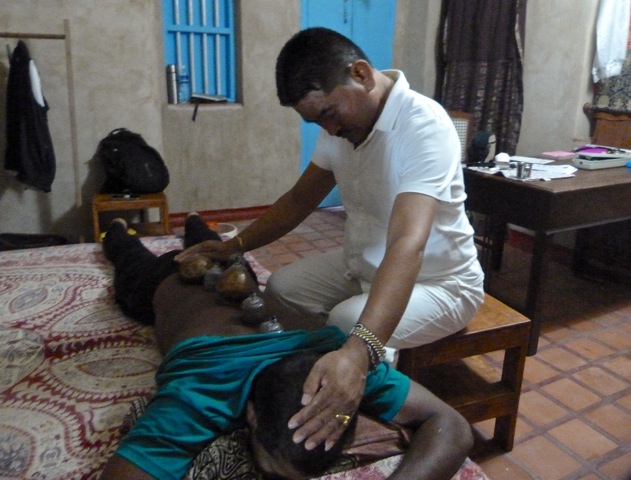 Before Yazin T Azad will leave home, he has an inspiring talk with Suresh Babu, about whom he wants to write a report for Friendsoftibet. 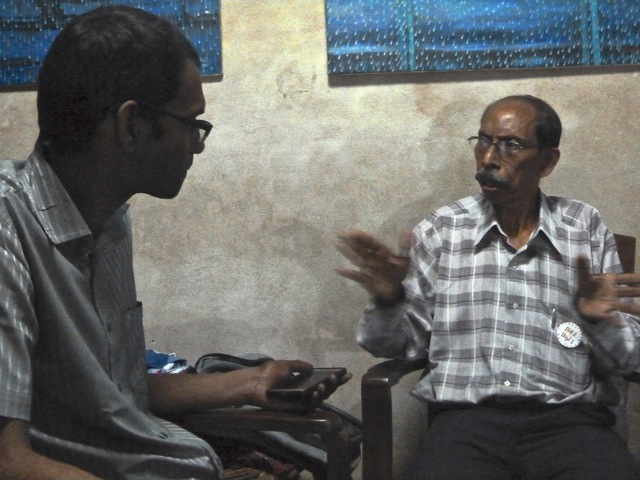 After three days Wellbeing Camp everybody has left the Sylviander House, but Sethu and Suresh will stay one more night to depart next morning. So we have a homely evening to sum up and reflect the passed days … always surrounded by our cats … 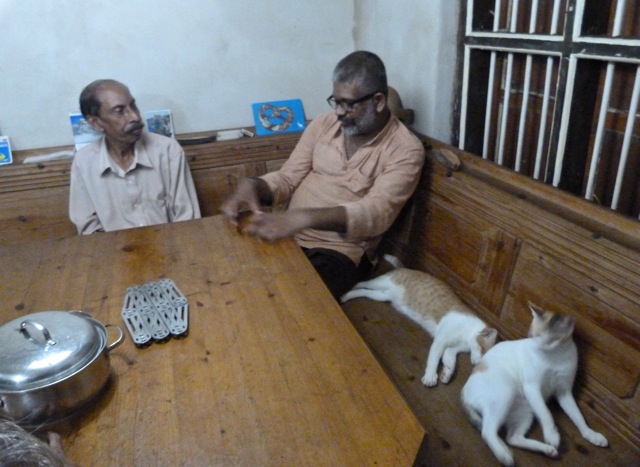 The 57th Wellbeing Tibetan Medical Camp organised jointly by ‘Friends of Tibet Foundation for the Wellbeing’ and ‘Men-Tsee-Khang’, the Tibetan Medical and Astrological Institute of His Holiness the Dalai Lama was held from July 12-14, 2017 (Wed-Fri). The venue for the medical camp is Centre for Social & Political Art (CSPA), Sylviander Land, Chettikad Beach Road, Alappuzha, Kerala, India.

Posted by Sylviander House at 06:22 No comments: